Askar Ali, after the movie “Kamuki” is all set to make appearance in the Big Screen as Basil Kanjikkuzhy along with Baiju after Lucifer and Mera Naam Shaji as Clay Ravi. People have high expectations on this combo which is also bound with other artists like Kannan Nair as SI Valsan after “Sali” in Lilly, Aneesh Gopal as “Kunjimon” along with Neha Saxsena, Anju Kurian and a surprise cameo character.

After the movie “Salt and Pepper”, “ Ee Adutha Kaalath”, “ Chaappa Kurish” – these movie posters are making an actual curiosity to watch the movie on Big Screens. Each character posters has a hidden story either telling their personality or telling hints about the story.

Previously when the first look posters has been published, it was released with lead actors holding guns. The poster created controversy as it was resembling a famous shot from Pulp Fiction.Later Rahul Ramachandran the director of this movie had clarified on his Facebook page that it has nothing to do with the film, and the poster was created to create a hype. The second poster had a Pubg theme.

Jubair Mohammed who had done music for the movie “Chunkz” is back with Jeem Boom Baa. Also PS Jayhari after “ Athiran” -Fahad Fassil starer movie is back with Jeem Boom Baa. PS Jayhari does the background scores for this comedy thriller makes gives more anticipation on the movie star which was well received and accepted in the social media platforms.

The 120 minutes movie narrates the story of 3 friends who are troubled by three different problems and solving them on an eventful new year eve.The movie is made in a Comedy-Thriller category which actually aims family audience the most along with the youth and the kids during this summer holidays.

Directed by the youngest debutant Rahul Ramachandran who is only 24 , scripted by the trio including Rahul Ramachandran himself with Limu Shankar and Vivek Raj.Cinematography by Anoop V Shylaja and Produced by Sachin VG uses Trivandrum as the major location after the Mohanlal starer movie “Lucifer”. The entire crew consists of vibrant and zestful youngsters which gives a hope that the movie is worth watching. 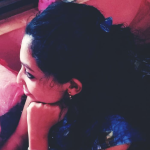