Sreenivasan and Vineeth Sreenivasan finally shares the screen after a very long time. Infact we have seen them in Makante Achan by VM Vinu  which was a blockbuster hit where the chemistry between them make the people watch the movie again and again. 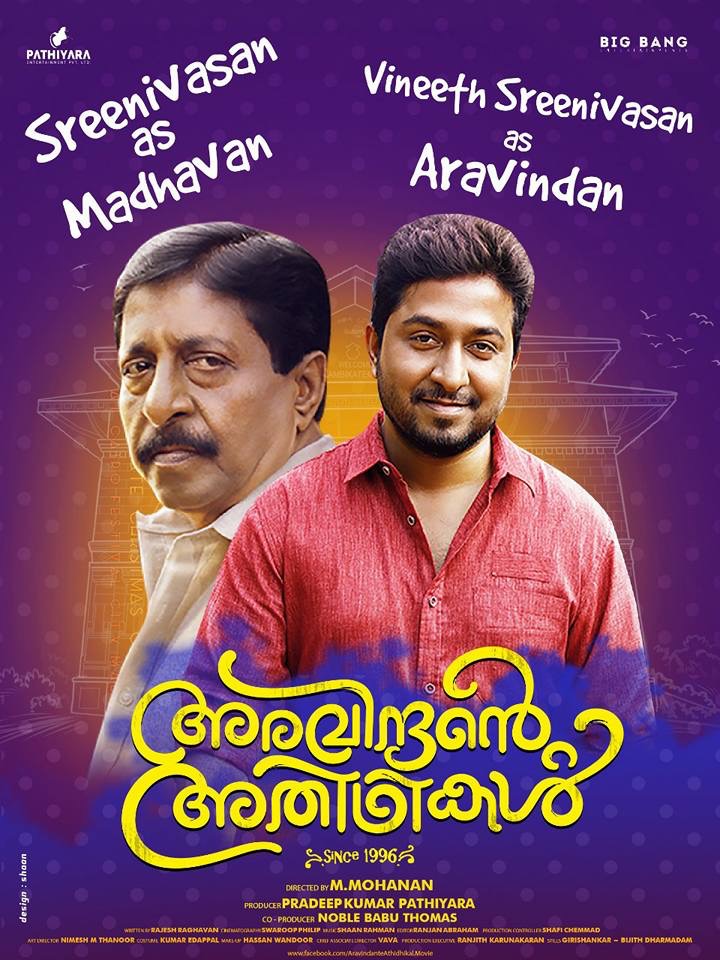 After a long time Urvashi is back to the screen with a full flexed humour handling character. Also she is accompanied by Shanthi Krishna, and Sreejaya can also be seen on  leading roles. This is one of the reason which my parents even wanna check this out at the cinemas. 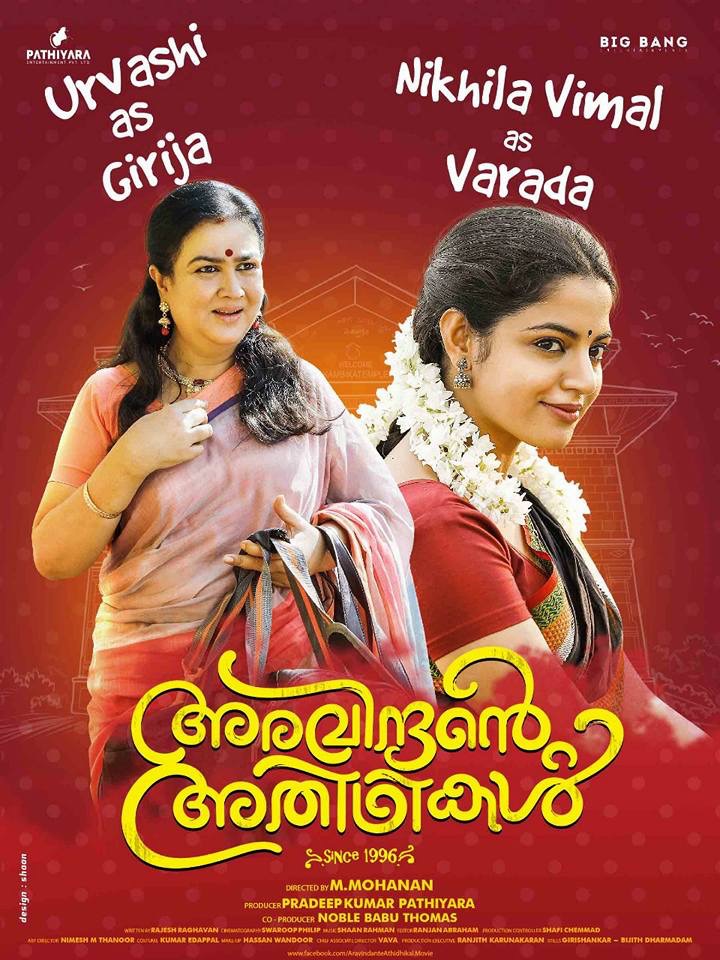 Also we could see Premkumar in a very prominent role in this movie after a long gap. He had also appeared in the recent release Panchavarna Thattha by Ramesh Pisharody.

Coming to the heroine Nikhila Vimal, its after a gap of 3 years that she is back to Mollywood. Her previous performance in the movie Love 24/7 aka Kabani directed by Sreebala K Menon gives high expectations on her performance. 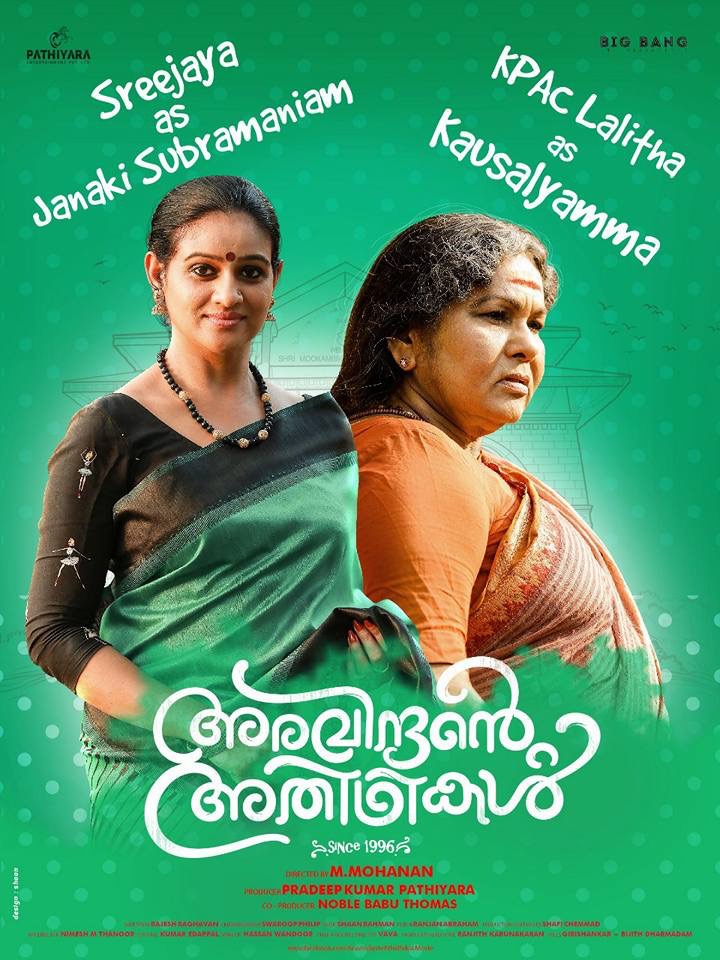 M Mohanan after a leap is back with a family entertainer set up in South Karnataka, including Mookambika and Udupi as its main location which looks impressive.

His previous works including Kadhaparayumpol, Maanikyakallu, 916 all give us a confidence to book the ticket to the nearest cinemas to watch this one.

Noble Babu Thomas after Jacobinte Swargarajyam comes with another family entertainer. The movie had also got a clean ‘U’ certificate, which make us go to the cinemas with family.

Again Shaan Rahman – Vineeth Srinivasan combo ! All the tracks released by now have good responses and gives a hope that this film won’t disappoint you! 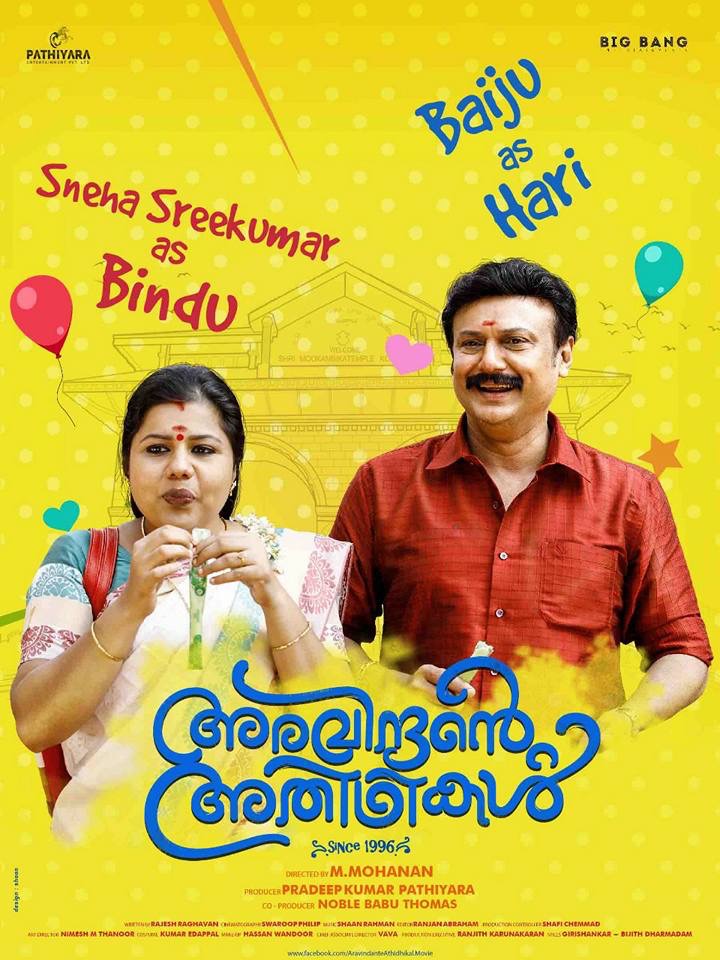 With Sreenivasan, we could expect his famous counter attack dialogues even though the film features comedians like Bijukuttan, Aju Vargeese, Baiju, Kottayam Nazir. And ofcourse based on previous, everybody must be eagerly waiting for those humorous scenes between the ‘Father’ and the ‘Son’.

And before leaving, do check out the trailer of the movie: